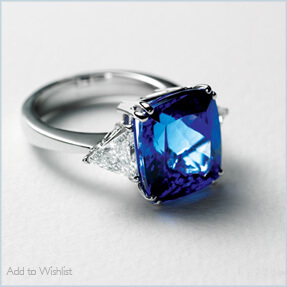 The December birthstone, Tanzanite, is one of the rarest gemstones in the worldIt is a fantastic deep blue in colour and has been used in jewellery only recently since 1967.It is named after the East African state of Tanzania, the only place in.

Tanzanite is a blue variety of the gemstone Zoisite and its colors range from blue to purple with tanzanites that are slightly violet blue commanding premium prices. Tanzanites will always shift colour depending on the lighting and this characteristic hue shift is what defines the beauty of the gemstone.

Since tanzanite can be less expensive than a sapphire and has no astrological significance with it’s colour matching closely with blue sapphire, it’s often purchased as an alternative to a sapphire.

However, its popularity has increased and it’s now valued more for its own beauty and rarity. It is found and mined in a small area at the foot of Mount Kilimanjaro in the Manyara Region of Northern Tanzania and according to geologists, the circumstances that led to its formation millions of years ago were so exceptional that the likelihood of finding tanzanite anywhere else on earth is one in a million. That makes it a thousand times rarer than diamonds which has in recent times made it a desirable commodity by the super-rich who are graduating from diamonds to tanzanite.

Tanzanite can be beautifully incorporated with diamonds to create breathtaking jewellery pieces for yourself or to gift a loved one born in the month of December.

Explore Liali’s beautiful Tanzanite collection at a store near you. 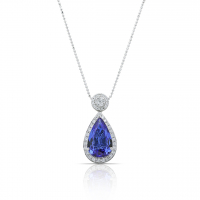 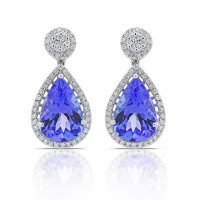